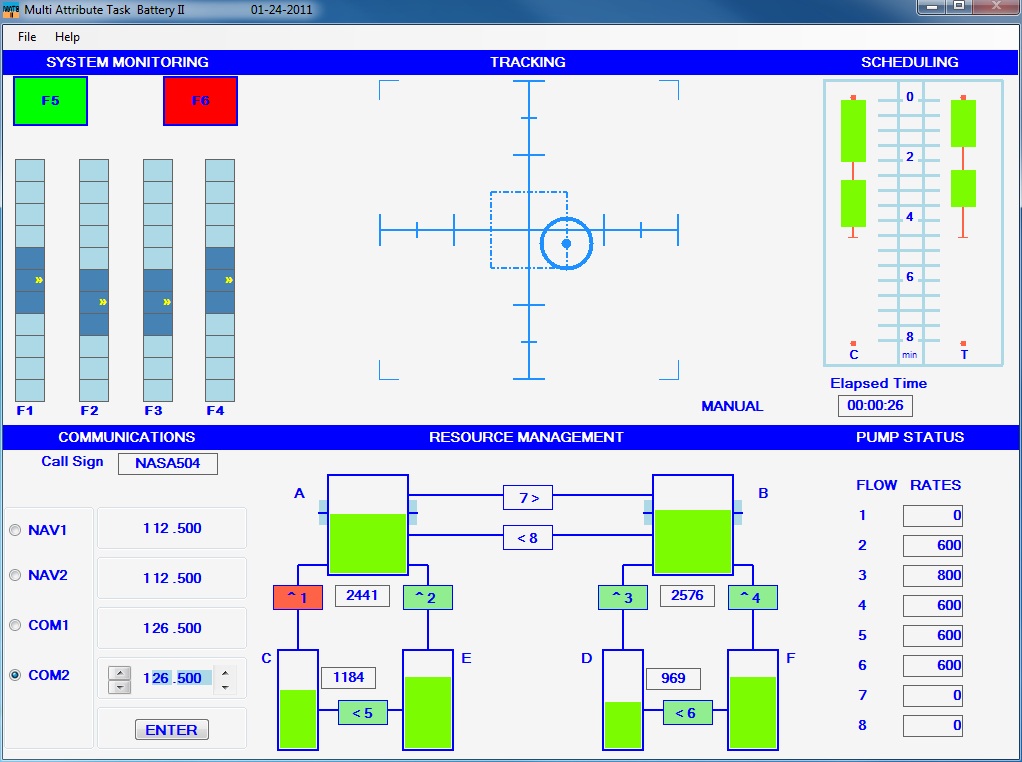 The Multi-Attribute Task Battery (MATB-II) is a computer-based task designed to evaluate operator performance and workload. MATB provides a benchmark set of tasks and analogous to activities that aircraft crew-members perform in flight, with freedom to use by non-pilot subjects.

The MATB requires the simultaneous performance of monitoring, dynamic resource management, and tracking tasks. The simultaneous performance of multiple tasks is a central feature of the MATB and it is this feature that is consistent with most operational systems and thus makes the task useful for our purposes as a research platform. The Multi-Attribute Task Battery (MAT Battery) was originally developed in the early 1990’s at LaRC (Comstock & Arnegard, 1992) and re-implemented under Microsoft Visual Studio.NET (VS.NET).